A woodpecker visited our garden for the first time. The woodpecker shares the fat balls with no-birdy. 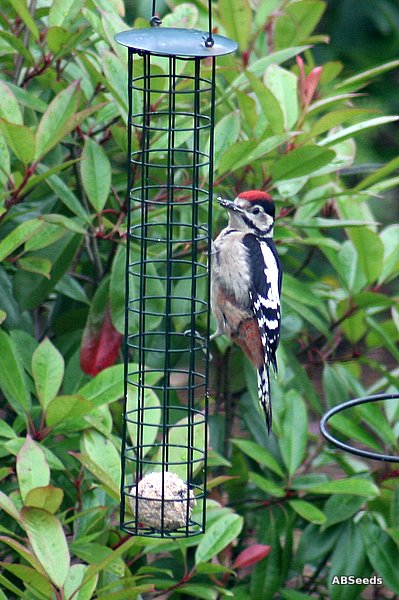 Email ThisBlogThis!Share to TwitterShare to FacebookShare to Pinterest
Labels: woodpecker

This has to be my favourite cherry so far. Summer sun produces big, very dark maroon-purple cherries, which are both firm and very juicy. 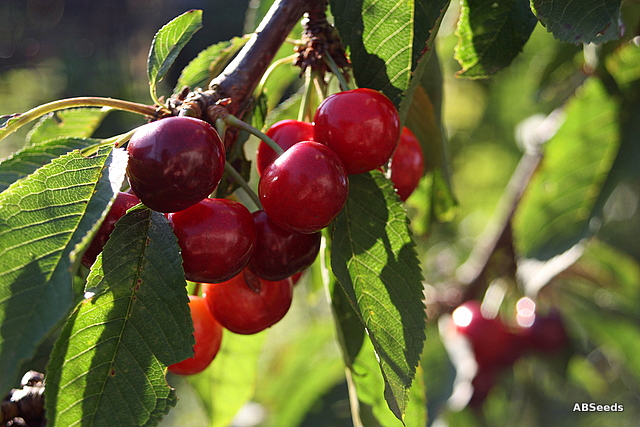 I grow Summer Sun on the Gisela 5 rootstock. Officially, Gisela 5 produces a tree that can be kept to around 8ft or so, but in order to keep the tree small enough to fit inside our free-standing fruit cage (constructed from bits and pieces of interlocking aluminium tubing and plastic corners), I'm training it into a weeping form.

Summer Sun on Gisela 5 can be grown in large ordinary pots, but I'm giving airpots a go. Airpots (there are a couple of types, I've got both) should in theory stop the trees getting rootbound and mean that I can keep growing them in the same pot for 3 or 4 years. Summer Sun lives in the tarmac orchard.

I dream of pluots

It's probably time to admit that I have a problem. A fruit tree problem. If there's a fruit tree that I might possibly, just maybe, manage to get through winter and harvest some fruit from, I'll buy it and try it. Some purchases turn out better than others (I have not as yet been deluged with guavas or pawpaws). This, I think, was one of the good ones. 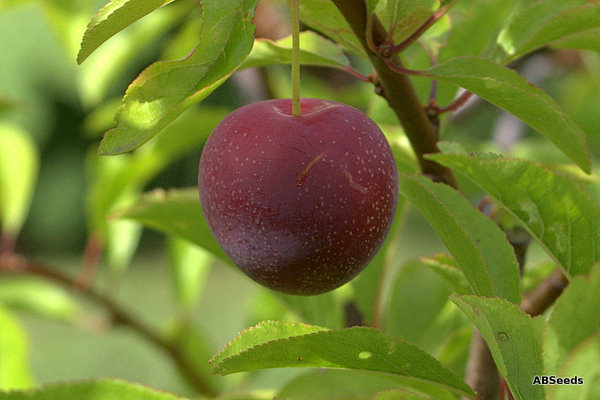 This beautiful little plum is really a pluot called flavour king. If you haven't heard of pluots it's a plum crossed with an apricot whose offspring is then crossed again with a plum. There are dozens of pluots available in the US, but only one in the UK, so far. So I only have one, so far. And another due to arrive in November. It's the same kind. Is it strange that I bought it as a back-up in case this one has some kind of problem? Probably a little, but I've grown quite fond of this nice little tree. And I like to ask people "would you like a pluot?" Strange again, yes, I know.

Anyway, "how has the pluot fared as a garden fruit tree?", you ask. "Should I buy one so that I too may offer pluots to my friends?" you wonder. Read on and decide if you should make room for a pluot on your plot. 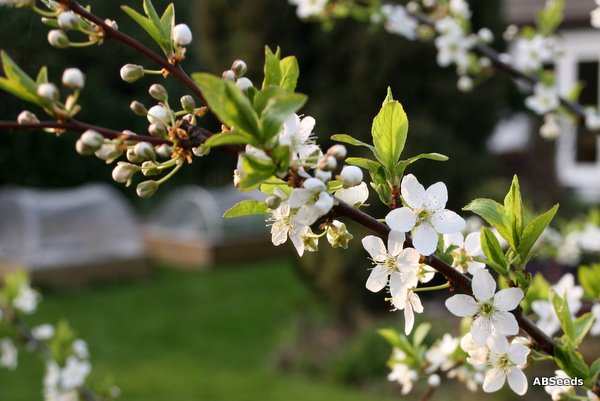 Our pluot is planted in a flower-bed in an improved clay-based soil. At the very beginning of spring the pluot is covered in pretty, pure white, perfect little 5-petalled flowers.   The growth is neat, nicely spaced, with the branches tending to grow at about 45 degrees, rather than shooting up vertically like many plums. So far it's stayed compact and at 4 year's old it's about 5'6". It doesn't need any pruning or training.

US sites recommend planting pluots along with different types of pluots for better pollinization. Since we can only get flavour king here it needs an early flowering plum (like Lizzie) or I've found that mirabelles in our garden flower at around about the same time.

The tree has been trouble free so far. Feed it in spring with a balanced organic feed like fish, blood and bone sprinkled around the base and ruffled into the soil. It also gets a treat of wood-ash from the fire (for potash, which aids flowering and fruit production) and a mulch of whatever compost material is to hand early in the year.

Flavour-wise, pluots taste to me like a very rich sweet plum. Certainly much more plummy than apricotish. The flesh is really, really sweet, a little more sour towards the stone, the skin is tart like that of a purple/blue plum.

This pluot was planted in 2009, and so far the harvest has not, I must admit, been awesome. But it's early days, and I'm hoping that in 2012 we'll get more than the dozen or so pluots that I picked this year.

If you're looking for a small, ornamental fruit-bearing tree I'd happily recommend this pluot.

I don't hold out much hope that I'll resist finding a little spot for an aprium (apricot x plum x apricot) if they ever make it to the UK, even though I've never managed to get an Apricot to survive the winter here in Yorkshire. Gardeners are oddly optimistic folk.